Rector of the CAIU 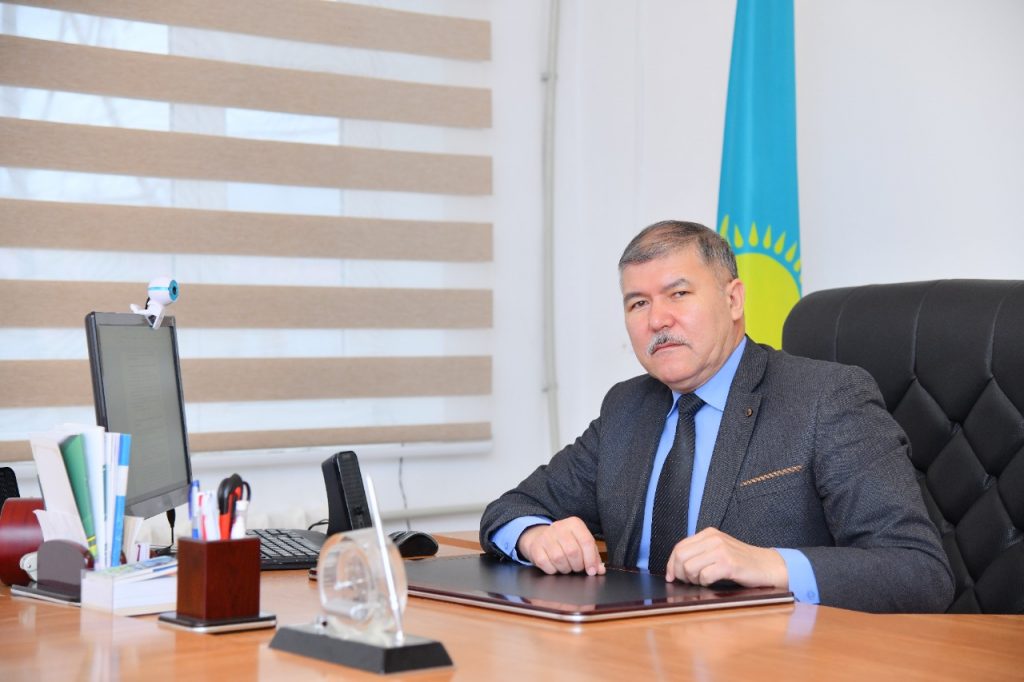 Born in Dzhetysai, South Kazakhstan region, on September 3, 1963. In the employee’s family.

He studied in 1970. He went to the first class of school No. 1 named after 50 years of the Komsomol Gagarin Mirzachul district of the Jizzakh region of the Republic of Uzbekistan, where he graduated in 1980 with a gold medal.

In 1980, he entered the Tashkent Polytechnic Institute, majoring in Industrial and Civil Engineering.

In 1985, he graduated from the Tashkent Polytechnic Institute with a degree in Civil Engineering.

From 1985 to 01.02.1987, he worked as an engineer at the Tashkent Zonal Research Institute of Model and Experimental Design (TasHZNIEP) and Tashkent.

In 1987, he entered full-time postgraduate studies at TasHNIIEP and was assigned to the Research Institute of Concrete and Reinforced Concrete (NIIZHB) in Moscow. In 1991, he defended his PhD thesis at the NIIZhB in Moscow.Moscow.

From 1990 to April 2000, he worked at TasHZNIEP (Tashkent) as a researcher, scientific secretary of the Institute.

From April to October 2000, he worked as a leading specialist at the Republican Real Estate Exchange in Moscow.Tashkent.

From October 2000 to August 2001, he worked as the scientific secretary of TasHNIIEP.

In August 2001, he moved with his family to Shymkent and got a job as an associate professor at the International Kazakh-Arab University (MKAU).

From 2001 to 2006, he worked as an Associate Professor, Dean of the Faculty of Economics and Law , and Vice-Rector for Academic Affairs at Moscow State University.

From March 2007 to January 2008-Vice-Rector for Correspondence Studies of the University “Otyrar”.

From September 2008 to August 2015-Vice-Rector for Academic Affairs, Rector of Miras University.

From September 2015 to August 2016-Vice-rector for Research of the South Kazakhstan State University named after M. Saparbayev.

Since August 2019-Rector of the International Humanitarian and Technical University.

Since February 2021-Rector of the Central Asian Innovation University.